We wanted a space where the community could come together. District 103 is exactly that. Situated in the heart of Nottingham Road at a beautiful location.

“When you support small businesses, you’re supporting a dream”

At iKhokha, we really care about helping South African businesses grow. We recognise and understand that getting your business to where you want it to be is far from easy; it takes a lot of hard work. This is why we’ve made it easier and more efficient to transact by offering business owners mobile card payment options that make taking card payments simple, fast and convenient.

We held an event at District 103 in the KZN Midlands area, where quite a few of our merchants are situated, to connect with other business owners in the area. Whilst we were there, we caught up with owner Scott Bain to find out more about District 103.

Tell us a little about you and your journey to owning District 103?
Hey Sam, so I’m Scott Bain. Born on the 6th of September 1976, in the year of the Chinese Dragon haha. I grew up in Zululand, and I studied Marketing straight out of school. I then went to Agriculture College for four years, and was subsequently a farmer for two years. I then went to London and became a carpenter for two years. I came back to South Africa and was a bit of a cocktail barman consultant. At 27, I decided to become a chef…and I’ve been saving ever since. So that’s like 16 years of my life. I spent another seven years in Europe on the on the Super Yachts as a chef. I came back to SA in 2010 and this is now the third restaurant I’ve been in ownership of.

What inspired the concept District 103?
My wife and I moved into the area in 2015. We were tired of the hustle and bustle of the city. From Hillcrest, I got a restaurant in Umhlanga called Duke and Duchess. I’ve got three kids and I guess we just wanted to get out and into the country. We were looking at focusing on the restaurant at Crystal Barn coz it’s primarily a wedding venue. And then this opportunity for the space came up so we thought we had to take it just because of the beautiful location. We also wanted to keep the community together that’s why we called it District 103. We wanted it to be a space where the community could get together with their children and families – so that’s basically how it came about.

Who or what inspires you/your brand, Scott?
I get a lot of inspiration from my wife. She’s a wedding planner. She is just a very creative and very, very organised. And in terms of the food, it’s just local ingredients. It’s a bit expensive but you tend to appreciate it, and it also supports the local businesses and economy.

Scott, what’s your recipe for success?
A lot of heart. A lot of energy. I don’t really research and I don’t do business plans. I believe in diving in head-first, going as hard as I can, and making it work.

What book are you currently reading?
Siya Kolisi “Against All Odds” by Jeremy Daniel. I want to get a bit of insight into the man and am really enjoying it. It’s a great story.

Why did you choose iKhokha?
I chose iKhokha because I’ve known Dylan forever. I was just so fed up with exorbitant bank charges and after he told me what he could offer, I said “brilliant let’s go for it.”

Our card machine has 3G and the internet – and we’re really happy. I haven’t had a problem at all.

What’s the vision for District 103 in next 5 years?
In the next five years, we are going to do a lot of improvements. The entire Junction has been sold and the people who have bought it are already looking at improving at the whole Centre. I guess we’re trying to get more people here – like in the glory days. We doing a lot of direct marketing strategies as far as Johannesburg and would like to plan proper night stops.

What’s your advice to young entrepreneurs who are just starting out?
Yeah, you just gotta just really jump in, headfirst. Go for it. I’ve learnt that you have to make your staff happy. If you’ve got happy staff, it makes a world of difference.

So, what we’ve done is incentivised them. Once a month we do a staff member of the month and at the end of the month you get a big food hamper. We also reward being on time. The thing is, we reward happy smiling faces. 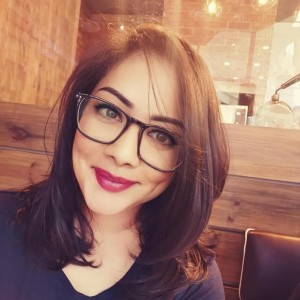 Hey, I’m Samwise. The Storyteller and friendly face behind the words, here at iKhokha. When I'm not dotting my i's and crossing my t's, I set out to conquer the universe in other ways…behind a camera lens, on radio or being a Podcast Princess. A perfect day? Curling up with a great book in one hand and coffee in the other. A perfect life? Smiles, giggles and the company of my devilishly gorgeous labs.

We cook Italian, we talk Italian, we are Italian. The Italian Job is a family-run café, tasting room & stockist of authentic Italian products.. Read more

A South African bar and grill restaurant in Maboneng, Johannesburg that specialises in exquisite dishes that carry a sophisticated touch of African cuisine.. Read more

Royalty Hides is a boutique specialising in top grade and unique Nguni rugs, stylish ottomans, accessories and so much more.. Read more

Seascapes and The Lighthouse

Incredible views, amazing space and an atmosphere that whispers “relaxation.” Seascapes is the perfect timeout from the hustle and bustle of city life.. Read more

Indulge in a range of spa treatments at Camelot Spa: your World of Wellness. An international brand and the largest spa group in Africa.. Read more HEROES WEAR MASKS.
GET YOURS HERE → 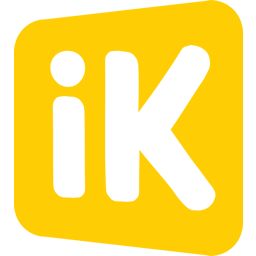 Get the payment solution
everyone is raving about